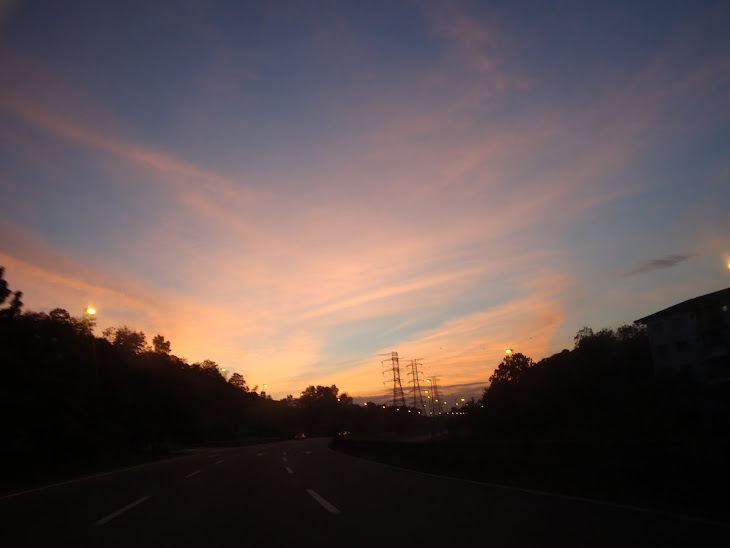 To All friends and Colleagues,

Just to share my bad experienced of the above incident. Happened to me yesterday evening (27 Aug 09), around 6pm at Maybank Sentul. As usual, I just walked in to ATM machine (since there are few terminals available), I chose the 2nd last of ATM machine. Beside me there was a guy (arabs/middle east man) whose trying to insert his ATM card as well (but not using Maybank's card. I assumed he trying to use his credit cardc to get some cash). And I just proceed to key in my pin number and select for withdrawal. While waiting for the card and money, one lady(arabs/middle east) asked someting to me and told me (in her language) to collect a few ringgit from the floor. I then quickly bend down and took the money which I thought its dropped from my pocket. ( 4 rinngit ONLY). Then I'm realised that my ATM card and money still in the machines. I woke up and quickly grab the ATM card from the machines and took the cash. Before I left, another guy walked nearby me and keep asking me about the money from the floor. Since worried of that group, I'm quickly walked out from the ATM's room and kept the card and cash into wallet wihout looking/check the ATM card. (since the color its the same, and I thought the card is mine). In my mind, I assumed that group is a syndicate whose trying to steal a money and I'm a bit lucky because they dont take my money.

Later, I went back home for Iftar and told to my wife and others. They also happy since nothing happen to me and not asking any question whether to check the ATM card or not until I checked it after Solat Terawikh (around 10.30pm). As advised by friend of mine, I should checked the card and I found , the card which kept in my wallet is belong to someone else (chinese name). Straight away called Maybank Customer Service to cancel the card , and the funny thing was Maybank Customer Service not able to check details / balance of accounts and transactions history. Not sure whether they cant release the info or because of the system limitations. The other option for me is to check from Maybank2u and once clicked on the Account Details, my balance has reduced about RM5500.00. The transact histories showed cash being withdrew twice which were RM15001, and RM10001 respectively (they used MEPS). And there were about 30 times transaction of RM100.00 which categorised under Acct.Payment (need to check details from Maybank branch - top up prepaid hp). Called again Maybank Customer service and they advised me to do a police report and bring the report to Cyberjaya Branch for next action and checked details of transaction history (card previously issued from Cyberjaya Branch). Later, I went to Balai Polis Sri Kembangan to report the incidents and according to them, most of this kind of incidents/activities are done by Middle East/African people. And they maybe used sort of 'PUKAU' or magic to either swap the ATM card or asked you to give all the money/wallet/pin number/etc. I think most of us have read the same story/incidents from emails and it also shown in TV3 (360's) which could be happended to anyone.

So guys, please be an extra carefull and this incident can be happened anytime and anywhere
Dicatat oleh Azemi Ali di 5:37 PM

Email ThisBlogThis!Share to TwitterShare to FacebookShare to Pinterest
Label: Kehidupan